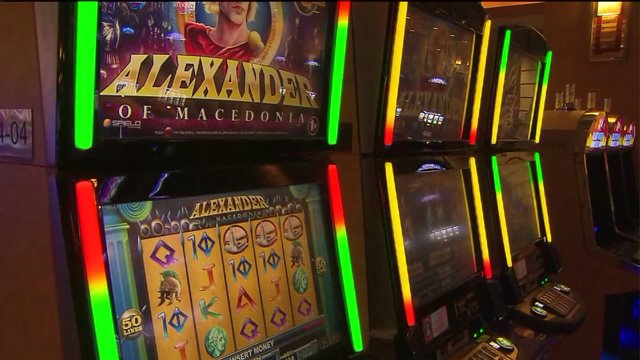 The Queens based casino leads the nation in profits.

QUEENS (PIX11) -- There is no Roman facade. There are no Venetian gondolas. Nor do they have a volcano out front.

Yet, inside of an architecturally simple structure in Queens is the most explosive casino in all of North America, Resorts World Casino.

"From a slot operation standpoint it's phenomenal. This is the highest grossing slot operation in really the entire world, not just North America," said Ed Farrell, president of the casino operation.

Six months after opening in the fall of 2011, with very little fanfare, Resorts World Casino became the most productive slot operation in the nation. Its strategy was simple. To target the culturally diverse neighborhoods around it according to Farrell. "It really caters a lot to the locals. Most of our business is from Queens and Long Island, and Brooklyn and close to here, but being so close to JFK we also do get a little bit of business from those people that are coming in from out of town."

While the property does have Las Vegas and Atlantic City amenities from fine dining to the glass works of Dale Chihuly, it has also an abundant amount of the color red around the baccarat section. The reason? They are targeting a particulate gaming demographic through culture. "Asians consider red a good luck color, so we're going to have that in our design," said Farrell.

Connected to Aquaduct Racetrack the property operates under Video Lottery Rules produced by the state. This means that all the gambling is electronic. There are no table games. Additionally, the state produced arguably the highest tax rate of any business in New York.

"We only keep 22-cents, so effectively 78% of the money goes back to the state," said Farrell.

Which means that state is the one who is perhaps collecting the biggest jackpot in the end. According to casino officials, they have paid nearly $1.4-billion dollars in taxes since the property's opening.

Even more impressive, this all comes at a time when revenue is down at top tier casinos in such gaming destinations as Atlantic City, Las Vegas, and the Asian gaming Mecca of Macau.