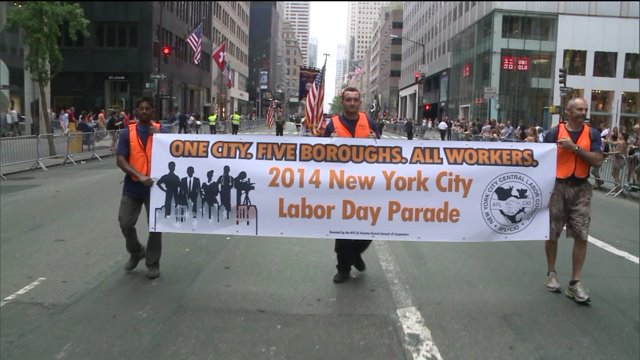 A day after a raucous minimum-wage protest in Times Square, protesters took to 5th Avenue.

This parade didn’t have fancy floats or costumes but thousands of people fighting for workers’ rights.

“This parade is about American workers and what we bring to the table. We just want good jobs that support our families,” electrician Gary Young said.

There is currently a push to raise the minimum wage in New York. Fast food workers protested in Times Square and across the country Thursday. They want 15 dollars an hour.

“All working people deserve the ability to live with dignity in this city and we need to pay a wage that allows them to do that,” AFL-CIO spokesperson Cara Noel said.

“The reason why I’m marching today is for working families, for struggling families,” she said.