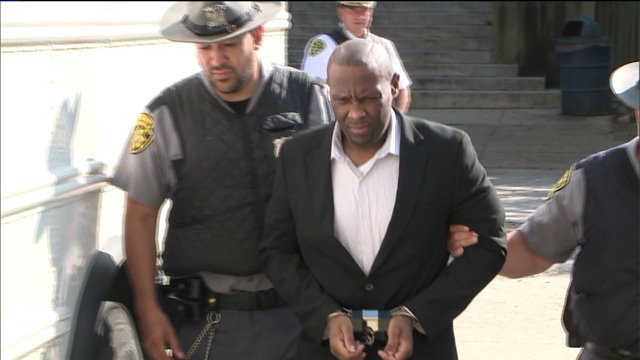 Parolee Darrell Fuller was sentenced to life in prison without the possibility of parole for killing another driver and a police officer in 2012.

MINEOLA, N.Y. (AP) — A parolee convicted of killing a New York police officer during a traffic stop and then a driver while he was fleeing has been sentenced to life in prison without parole.

Nassau County Court Judge Jerald Carter told defendant Darrell Fuller on Friday that the sentence would be a "prelude to the hell that may await you."

Fuller was convicted in the killings of Officer Arthur Lopez and carjacking victim Raymond Facey in 2012.

Prosecutors said that after the killings, Fuller had a friend shoot him in the leg to make it appear he was a victim.

The judge also held up photos of the victims and called the defendant "despicable."