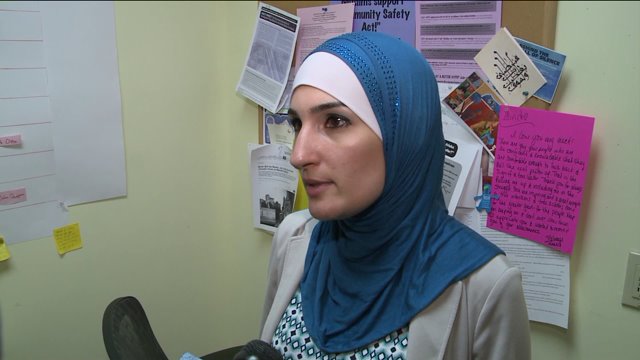 A man has been arrested for allgedly chasing and hurling anti-Islam slurs at a Muslim woman in Brooklyn.

Brian Boshell, 45, is accused of threatening to behead Linda Sarsour, 34, Wednesday in the Bay Ridge section of Brooklyn.

He allegedly hurled sexist, anti-Arab and anti-Islam epithets at Sarsour and her colleague, according to the Anti-Defamation League.

Boshell allegedly threw a trash can at the pair, the league said.

Sarsour is an executive of the Arab American Association of New York, a group formed to protect Muslims from discrimination and hate-fueled attacks.

Boshell has been charged with menacing as a hate crime, the organization said.