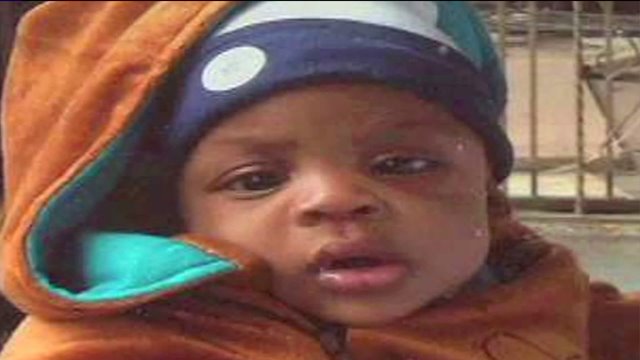 The nanny running `day care` out of her Bronx apartment allegedly tortured and taped up the toddler who was found dead there Friday.

"He observed the baby with something stuffed in his mouth,' Williamson recalled, "tape and stuff."

The neighbor touched the toddler's body and discovered he was cold.

The father told PIX 11 News that the young neighbor had helped the day care provider, Athena Cross Skeeter, carry grocery bags to her 2nd floor apartment on College Avenue last Friday.  The neighbor said he peeked into a room and saw 20 month old Cardell, wet and naked, on a couch bed.

"He said he took the tape out of his mouth, and he felt him, and he was cold," Williamson said to PIX 11 News Tuesday, from his front porch on College Avenue. "He was just laying in the bed lifeless."

Williamson said the neighbor ran down the block and told his mother, who called 911.

Related: Bronx nanny says she 'wrestled' with 20-month-old before he died