No arrests as thousands rally over chokehold death 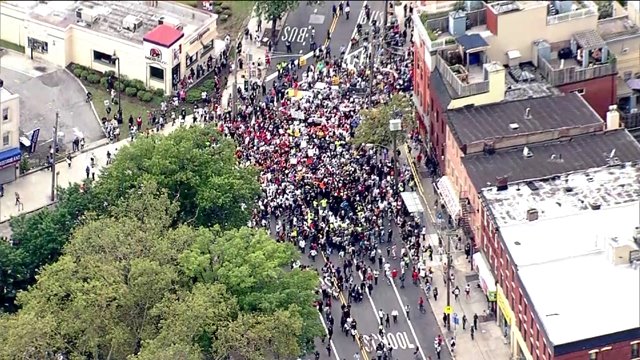 People in the streets of Staten Island to march for Eric Garner.

NEW YORK (AP) — Police reported no arrests as thousands of people demonstrated peacefully in protest against the chokehold death of an unarmed black man by a white New York City police officer.

A crowd of well over 2,500 people proceeded through Staten Island streets on Saturday, expressing grief, anger and hope for a better future.

They were motivated by the death of Eric Garner, an asthmatic father of six who was stopped for selling loose cigarettes.

Former New York Gov. David Paterson was among those who marched with the Rev. Al Sharpton to a rally near the Staten Island ferry.

Garner's death was ruled a homicide after he was taken to the ground by a police officer who used a banned chokehold maneuver.

The death is being investigated by a grand jury.