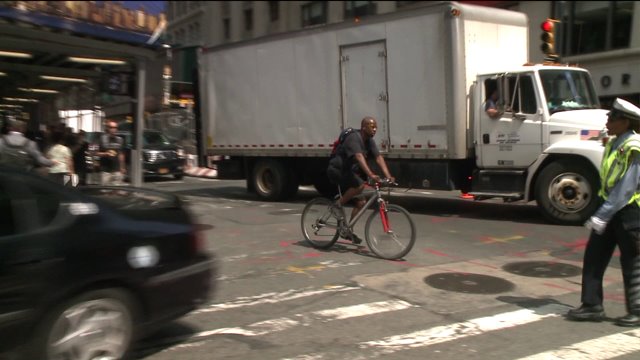 NYPD says Operation Safe Cycle promotes safety by informing cyclists of the rules on the road, but some bicyclists claim it`s a way to get ticketed instead.

Share the road is a common refrain in New York City. Drivers, pedestrians and bicyclists are always on the move.

NYPD has been conducting a targeted operation called "Operation Safe Cycle." It wraps up on Tuesday, August 26th.

But some cyclists believe bikes are being treated differently.

Some riders have created a twitter page tracking the operation. People are posting information about locations and safety rules (and the hashtag #OpSafeCycle). Organizer and bicyclist Keegan Stephan says most of the time he sees obstructions in the bike lane and officers should focus on that as well.

In an announcement about the effort, NYPD said "an additional focus will be given to motorists who obstruct bicycle lanes, which creates a hazardous condition for bicyclists."