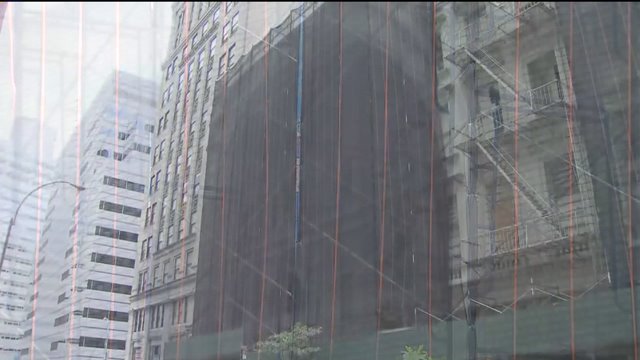 It has become a source of protests, arguments and some say, helped to influence a national election. A developer has formally bought the property and has new plans for it.

LOWER MANHATTAN (PIX11) -- It was the source of protests, arguments, condemnations and, some say, helped to influence the outcome of the 2010 congressional elections.  Now, the so-called Ground Zero Mosque is back in the news after its developer closed on the sale of the property that caused so much controversy four years ago.  Even though a mosque is still in the plans, both it, and the reaction to it, are very different this time around.

There are two main differences between the new redevelopment proposal for the property at 45 - 51 Park Place and the proposal in 2010.  The first difference involves scope and scale.  The 2010 plan called for the building of a 15 story Islamic cultural and community center that would have included a swimming pool, a basketball court, an auditorium, classrooms and meeting rooms, including a mosque.

The new plan for the four building lots that had been owned by Con Edison for the better part of a century calls for a condominium tower to be built next to a three-story museum of Islam.

Since at least 2009, there has been a small mosque on the site which had formerly been a Burlington Coat Factory store, and a Con Ed electrical substation before that.  A mosque will remain in the property's new design, as part of the museum.  Pritzker Prize winner Jean Nouvel  has been named by developer Sharif El-Gamal as the architect for the project.

The second main difference between the old plan and the new one is in the lack of comments about the 2014 proposal.  PIX11 contacted 9/11 family members and Muslim organizations regarding the new Park Place project. None would comment.  However, it's early in the process, and it took months for protests to materialize over the 2010 Islamic Center proposal.

When the protests did happen, they were vocal, and, online especially, numerous.

"We defeated the 15 story megamosque," said Pamela Geller, president of the American Freedom Defense Initiative.  "It is a great victory."

Geller, who also writes the conservative blog Atlas Shrugs, helped to organize one of the biggest protests against the so-called Ground Zero Mosque four years ago.  Hundreds turned out in the street in front of the Park Place location, which is two blocks north of the World Trade Center site.  In fact, the buildings were damaged on 9/11 when landing gear from one of the hijacked planes crashed into them.  A wing flap from one of the planes was recovered at the site last year.

In addition to protests against the Islamic Center in 2010, there were demonstrations in support of it, and then-mayor Michael Bloomberg had publicly expressed support for the facility.

On Thursday, people PIX11 encountered who are in the neighborhood every day were neither critical of the new proposal nor of the mosque that is currently on the site.

"This country is about freedoms, right?" said a man who works near Park Place.  "I'm for freedom of religion."  A woman whose office is down the street told PIX11 News that she feels its the congregation's right to worship there.

"Good for them," said another downtown worker, when PIX11 told him about this story.

Developer El-Gamal had been leasing the space from Con Edison for years, and had owed some $1.7 million to its now-former landlord, which had at one point threatened to evict him.  El-Gamal and his company, Soho Properties, had also disputed the property's $10.7 million price tag.

All of those issues are settled now, with Soho Property's purchase of the site.  Nobody from Soho would speak on camera with PIX11 News, but the company provided this statement:

We are pleased to have concluded a complex acquisition from Con Edison allowing us to complete the assemblage for our upcoming developments at Park Place. This further exemplifies our strength as a buyer of real estate from institutional sellers.

One critic of the situation is skeptical.

"We're going to watch it very carefully," said Geller, the 2010 protest organizer.  "If it becomes something other than what [El-Gamal] says, we'll be back at Ground Zero" to protest.