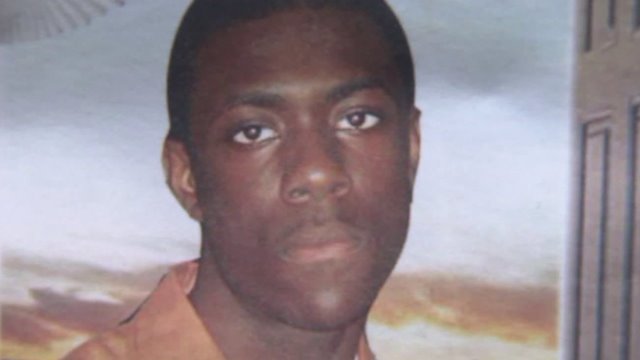 "When I see Eric Garner video it brings back memories of what happened to Ramarley and it also angers me to see this happen again," those words from Constance Malcolm, a mother who knows all too well the loss of a child at the hands of the NYPD.

NEW YORK (PIX11) -- "When I see Eric Garner video it brings back memories of what happened to Ramarley and it also angers me to see this happen again," those words from Constance Malcolm, a mother who knows all too well the loss of a child at the hands of the NYPD.

On Tuesday, Malcolm shared with PIX11 News her perspective of the aftermath following officers involved deaths where the victims appeared innocent and were definitely unarmed.

"These officers are not being held accountable for their action so they feel they're above the law, so they're feeling above the law, they are playing these cowboy type games with people's lives. And unfortunately our black boys, Latino boys, they do matter, they are worth something to."

On February 2, 2012, Malcolm lost her then 18-year-old son, Ramarley Graham, who was gunned down by NYPD officer Richard Haste inside of their Bronx residence.

"We are still here. We're not going away. We need answers to what happened to my son," said Graham.

The video from that day is riveting.  While the NYPD initially said they were chasing Graham it shows him walking into his home.  Seconds later members of the street narcotics unit race to the door and attempt to break it down. Eventually they enter without a warrant and race upstairs where the unarmed Graham was ultimately shot.

"How can you you have this on video? Cops breaking the law and yet they still walk way, let alone break into your house and kill somebody and walk away?" asked Malcolm during a sit-down interview.  It's a question that many have asked since the case against NYPD Officer Haste was dismissed by a Bronx judge over a technicality regarding improper instructions given to the grand jury.

Malcolm and her attorney, Royce Russell a former Federal Prosector said the Feds were supposed to be investigating, but in the last six months they have heard nothing from the Department of Justice.

Russell says it's frustrating on many levels, but primarily because, "Clearly Ramarley's civil rights were violated."

However, Russell also adds that officer-involved shooting produce a pattern. "I think there is a double-standard that exists in America when it comes down to police officers. Police officers every benefit of the doubt that the average citizen is not."

As for Malcolm she simply wishes that the NYPD would take ownership. "When your people are wrong sometimes, you should stand-up and say they are wrong."

Malcolm says that she along with ColorOfChange.org will be delivering more than 32,000 signatures on Wednesday demanding that the Department of Justice and the U.S. Attorney for the Southern District investigate the case of Ramarley Graham.