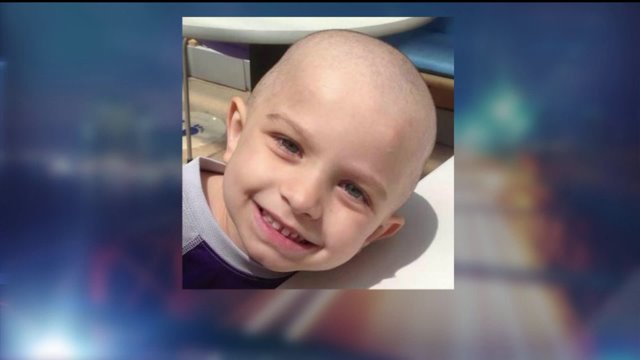 A 5-year-old boy had to get emergency surgery after doctors found a tumor in his liver. His family tried to reschedule the cruise he`d been looking forward to, but say the cruise line wouldn`t let them.

LONG ISLAND, New York (PIX11) -- A 5-year-old boy had to get emergency surgery after doctors found a tumor in his liver. His family tried to reschedule the cruise he'd been looking forward to, but say the cruise line wouldn't let them.

The Coluccis saved for a year to go on a trip with Norwegian Cruise Line, which featured some of Nicholas’ favorite cartoon characters.

It was on track to be a dream vacation but it turned into a nightmare when the little boy was suddenly diagnosed with cancer.

His mother said she took Nicholas and his cousin to a street fair and the boys had been playing around, hitting each other with hand puppets. Later that night, Nicholas started having trouble breathing. His parents thought he was hit too hard earlier in the day.

They rushed him to the doctor. Turns out, the rough housing caused a tumor in Nicholas’ liver to flare up and push on his windpipe.

When doctors found the abnormality, it had already grown to the size of a soda can.

Immediate surgery was the only option, his mother said. And that meant having to reschedule their vacation to focus on their son’s health.

But when she called the Norwegian Breakaway, she said they were less than understanding, saying she should have bought traveler’s insurance and there was nothing they could do to change her trip.

The cruise line issued a statement on Facebook saying they offered to “help in making sure the family took the cruise they had planned,” and said they connected with Make-A-Wish Foundation to coordinate a cruise for Nicholas and his family.

Nicholas’ mother said her son is already eligible for Make-A-Wish and wouldn’t want to waste that opportunity on a cruise they already paid for.

Today, Nicholas is “doing good under the circumstances,” his mother said. But he’s still aching to go on that cruise.