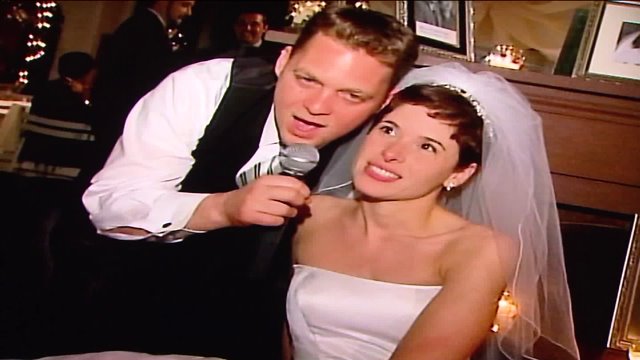 The ice bucket challenge has gone viral on social media to raise awareness about ALS.

NEW YORK (PIX11) -- When Anthony and Jeanette Senerchio said "I do" 11 years ago, they had no idea that just two months later, Anthony would receive a diagnosis that would forever change their lives - and the dynamic of their loving marriage.

“Every day is a struggle for him. But we just live our lives as normal as we can. We have a 6-year-old daughter that keeps us going. We try not to let ALS take over our life,” said Jeanette.

Jeanette full understands the reality of ALS, commonly known as Lou Gehrig’s disease and which has no cure.

“To be in your thirties and to tell you, they gave him a diagnosis of three to five years. Our whole world just kind of collapsed. We were newly married. It was a couple of years before we could really kind of come to terms with exactly what was happening,” said Jeanette.

She also still understands her 43-year-old husband, who refuses to let ALS dominate his life.

“It’s been easier for him because of me and T, and how I would say how connected we are,” said Jeanette.

That means working tirelessly and creatively toward fundraising.

That effort picked up steam -- with a chill -- last month when Jeanette kicked of her own Ice Bucket Challenge.

On her video, Jeanette is heard saying into a cellphone camera, “This is to generate awareness about ALS. And if you don’t do the challenge, you have to pay $100 toward Anthony’s foundation for ALS families who are in need.”

The challenge has since gone viral and international, with the Senerchia’s friends and relatives all over the globe participating in the challenge in which they dump a bucket of ice water on their heads and record the bone-chilling act.

“We just have so many amazing people in our community. I can’t even tell you. They’re just so generous, and they just want us - have good things to come to other people who are hit with this disease,” said Jeanette.

Anthony counts himself among the lucky ones, and recently took his own ice bucket challenge, just like any other loving husband or father would.