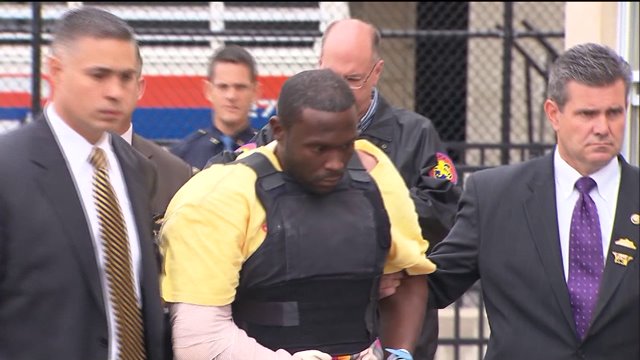 A jury delivered a guilty verdict in the case of an ex-convict accused of killing a Nassau County cop and a second man.

Friends and family of Darrell Fuller’s victims speak outside the courthouse. (Keith Lopez)

MINEOLA, N.Y. (PIX11/AP) – A jury delivered a guilty verdict in the case of an ex-convict accused of killing a Nassau County cop and a second man.

New York City parolee Darrell Fuller, 34, was convicted of first-degree murder Monday in criminal court.  He faces a sentence of life in prison without parole.

Motorist Raymond Facey was killed during a hijacking.

The officer was shot at point-blank range by Fuller, who was pulled over after a brief highway chase. Police had stopped the Queens man after witnessing a hit-and-run car accident.

Facey was killed moments after Lopez was shot. Authorities said Fuller carjacked the man's vehicle because the tires on his car had been blown out in the earlier car accident.