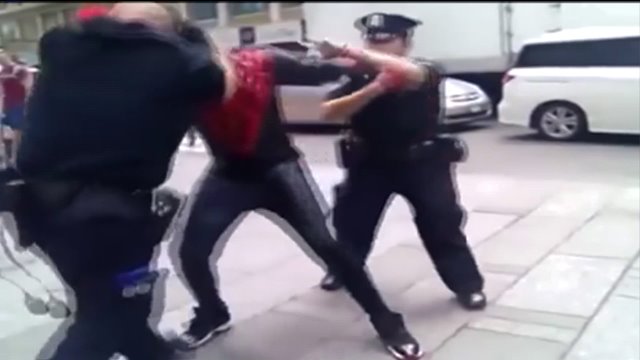 A Times Square Spider-Man was arrested for assaulting a NYPD officer.

Dozens of people — dressed as kids’ favorites like Elmo, Cookie Monster and Batman — stand near 42nd Street and pose for photos with tourists in exchange for money.

De Blasio said the practice has "gone too far."

A man dressed as Spider-Man was arrested Saturday after allegedly punching a police officer who told him to stop harassing tourists.

The City Council is working on legislation that would require the characters to get a city-approved license.

The mayor said even those dressed as superheroes have to "play by the rules or you won't be working here any longer."