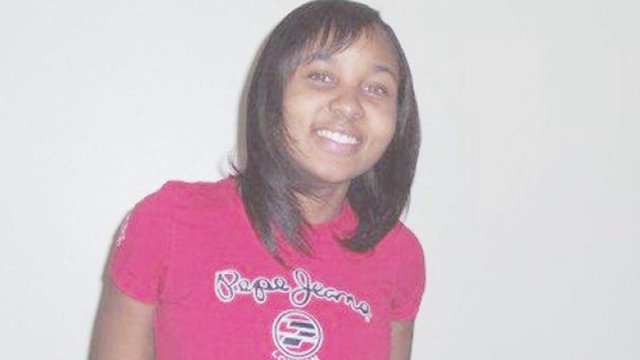 BROOKLYN (PIX11) - The mother of Chanel Petro-Nixon recounted the story of the sanitation man who came to pick up the garbage outside 212 Kingston Avenue, less than a mile away from her home, on June 22nd, 2006.  The city worker had told the woman living at 212 Kingston in Crown Heights to break up the trash in the bag, because it was too heavy.

"So the lady opened up the bag," Lucita Petro told PIX 11, "and that's when she saw my daughter."

The 16-year old Chanel, an honors student at Boys and Girls High School, was "folded in the bag, almost in a fetal position," recalled Detective Chris Standole of Brooklyn North Homicide, one of the original investigators who responded to the crime scene.  "She had a black belt on her shorts, and the shorts were partially pulled down."

Yet when the medical examiner did an autopsy, it revealed Chanel had not been sexually assaulted.

"That's when, unfortunately, they told me that Chanel was strangled to death," Lucita Petro said.  Her daughter had also been hit in the face and head.  "I could tell her nose was swollen, and I think her eyes," Ms. Petro remembered.

Chanel Petro-Nixon had never returned home, after leaving the family apartment on Fulton Street in Bedford-Stuyvesant on Father's Day Sunday, June 18, 2006.  She had told her mother she was going to meet a male friend she knew from middle school, a young man she'd met at the Hanson Place Seventh Day Adventist Church.  The two had kept in touch through high school.

"He was a nice guy, I didn't get any bad vibes from him," remembered Kanika Ashterman, Chanel's best friend.

Ashterman had called the friend after Chanel failed to return home, and he claimed Chanel "stood him up" at Applebee's Restaurant on Fulton Street, where the two teens supposedly were meeting to file job applications.

This friend, whose name is known to PIX 11, remains the main "person of interest" in a murder case that's never been solved. The killing shook the Bedford Stuyvesant community to its core, because Chanel came from a solid, hard-working family--had terrific school grades--and dreams of becoming a psychiatric nurse.

"She was good at listening to other people's problems," her mother--an immigrant from Panama-- told PIX 11.

Reverend Taharka Robinson, a minister who quickly printed flyers and organized marches to demand information about the murder, refuses to give up hope the case will be solved.

"Somebody has to know something," Robinson remarked to PIX 11 at the crime scene, nearly eight years later.  "Whoever was involved in this, or whoever participated, you just can't move a dead body without anybody knowing.  One person can't move a body."

The Mayor's office, NYPD, and Crime Stoppers have joined forces to offer a $22,000 reward to anyone with information that leads to an arrest and conviction in the case.  The number to dial with a tip is 1-800-577-TIPS.  All calls are treated confidentially.

"There are people that have information," Detective Scandole told PIX 11.  "And they may believe that information is not important and it may seem inconsequential.  But to us, it could be the one thing that ties it together.  It's like we're putting together a jigsaw puzzle and we're missing that one piece."

PIX 11 has learned the person of interest is now in state prison, after getting convicted for violating an order of protection taken out against him by an ex-girlfriend.  He had also been charged with sexually assaulting two women, in the years after Chanel was murdered, but he was acquitted on the rape charges.

"She would want me to fight for her," Chanel's mother said.  "I will never be complete, but I still have hope that one day I will see my daughter."