Was surveillance tape switched in the murder of Jam Master Jay? 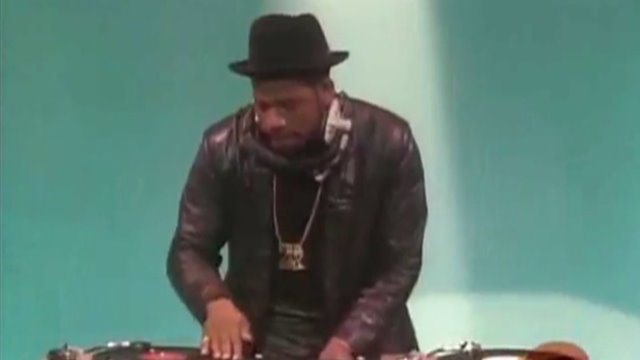 QUEENS (PIX11) - Detective Vincent Santangelo of the NYPD's 103rd Detective Squad was working a case on October 30, 2002, when he and fellow investigators "heard just total chaos outside."

A large parking lot separated the 103rd Precinct in Jamaica, Queens from the recording studio used by hip hop pioneer, Jam Master Jay, at 90-10 Merrick Boulevard.  The superstar DJ, who provided the beat for the platinum-selling Run-DMC, had just been shot in the head, execution-style, in his second floor space.  His real name was Jason Mizell.

Detective Santangelo told PIX 11 the surveillance tape that was supposed to record everyone who stepped into the studio was "useless"--and it's not clear if it wasn't properly set up for recording--or tampered with.

"When we went to go and take that tape and view it, it was an old tape," Detective Santangelo recalled.  "It looked like spring time."

Mizell was killed on a very cold and damp day, the night before Halloween.  Spring was certainly not in the air.

The TV monitor that Mizell used to keep track of who was coming into and out of the studio was sitting right next to a video game machine he was using.  Mizell was playing a game with his friend, Uriel "Tony" Rincon, who was sitting next to him on a couch.

Mizell's assistant, Lydia High, was sitting diagonally across from the turntable wizard, going over his itinerary.

"Some guy came right in, in dark clothing," Santangelo told PIX 11.  "There was a brief conversation.  Then, two gunshots."

One of the bullets hit Tony Rincon in the leg, but the other slug went into Mizell's head, and he fell to the floor dead.

Mizell's brother, Marvin Thompson, spoke to PIX 11 by a tribute painted for Mizell at the corner of 205th Street and Hollis Avenue in Queens, the community where Jam Master Jay had grown up and gone to school.  Thompson recalled the two, surviving witnesses never spoke much to the family.

"My conversation with Tony was limited," Thompson said, "because he had security at the gravesite. Him, Lydia."

Thompson added that both witnesses and High's brother--who was the late DJ's business partner--left town after the murder.

Detective Santangelo confirmed to PIX 11 that Mizell's female assistant ultimately identified the accomplice who acted as a "look-out" for the shooter.  When she tried to flee the scene, High said the look-out told her to get down on the floor.

Police found ballistics evidence at the scene from a .40 caliber weapon, but they've never found the gun.

PIX 11 received "tweets" from aspiring Hollywood producer, Curtis Scoon, who was a long-time, prime suspect in the case.

Detectives had traveled from Queens to Arizona to Las Vegas and Baltimore during the investigation--and acknowledged Scoon was a focus. Scoon told us he "deserved an apology" and said solving the case would not be a priority, because of potential liability issues that could result from a "rush to judgment."

The Jam Master's mother, Connie Mizell-Perry, spoke to PIX 11 by phone from her home in North Carolina.

"God knows who did it," Mizell-Perry said.  "Some other people know, because they were in on it."

The fallen DJ's mother told us her son was always a generous soul, whose father had died when he was young.  Mizell used to receive Social Security checks, and Mrs. Mizell-Perry said he would use them to buy a poor kid in the neighborhood a winter coat every year.  "He remembered I taught him we should always help."

Mizell's brother thinks people took advantage of Jay and that may have lead to the star's early demise at age 37.

Mizell's mother thinks the killers will be caught.  "I do believe it will happen," she said.  "And someone will tap them on their shoulder and call their name and say, 'Got you!'"

Anyone with information call the anonymous NYPD tip line and visit the Jam Master Jay Foundation for Youth.